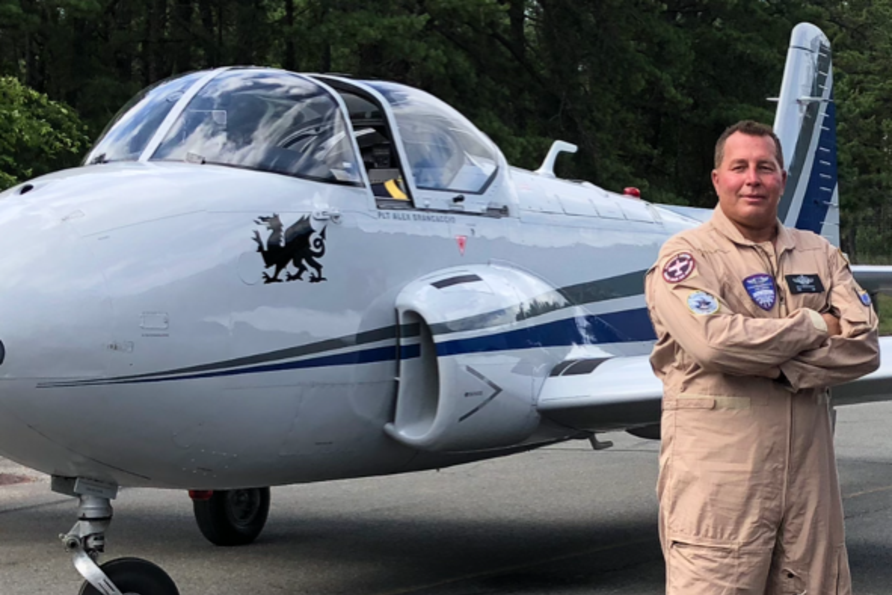 Alex became an entrepreneur at an early age by starting  his own transportation company, Northeast Transportation & Warehousing LLC.  Because of his business acumen and strong attention to detail, he has built and maintained an exclusive clientele, consisting of Top 10 Forbes List companies.  While pursuing his entrepreneurial ventures, he also taught children and adults  how to ride horses, which demonstrates his care and  concern for others. He then took excitement to a new  level - “NHRA” Drag Racing. Loving the need for speed  and excitement by going 200 miles an hour in 7 seconds  wasn’t enough. He found his true love and passion in  aviation. He finished top of his class at flying school and  completed training for experimental aerobatics flying in  record time.  NJ Warbirds was created from combining his love of aviation and his ability to successfully anticipate, meet , and more often than not exceed the needs of his clients.  It was apparent from his first air show that both the exhibitors and spectators were virtually a captive audience waiting to be reached.

Alex has been responsible for showcasing the AreaX51  Flight Simulator Tour at numerous air shows over the  past 8 years and has received an overwhelming response.  He is excited to expand his horizons with a Title Sponsor.  He is now committed to bringing his love and passion for  aviation to others throughout the country in the most impactful way possible - through NEW JERSEY WARBIRDS!​

MEET THE MAN WITH THE WINGS